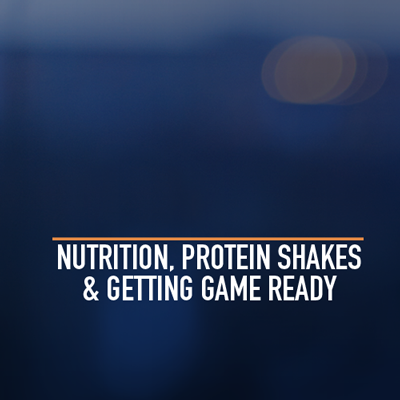 We catch up with Kevin to talk fitness, nutrition and his advice on

With an MBE, over 17 years’ experience scoring tries and holding a record for being the highest scoring kicker in Super League history – we figured he’d know a thing or two about training.

On eating before a big game…

On the morning of a game I will have muesli or porridge to get some carbs in early doors, with some fruit and then around lunch time I try and have poached eggs and beans on wholemeal bagel. Later on in the day around 4pm I usually have a snack to keep me going, just a banana or a quick protein shake – something that’s quite light but will stop me from feeling hungry until we kick off about half seven.
There is nothing worse than going in feeling hungry, but on the flip side there is nothing worse than going in and feeling too heavy and bloated, so it’s all about getting that balance.

On eating after the game…

After the game, it can be hard to stomach certain types of food, so you have to just try and get something inside you. I find it easier to have a chocolate milkshake or a Powerade. 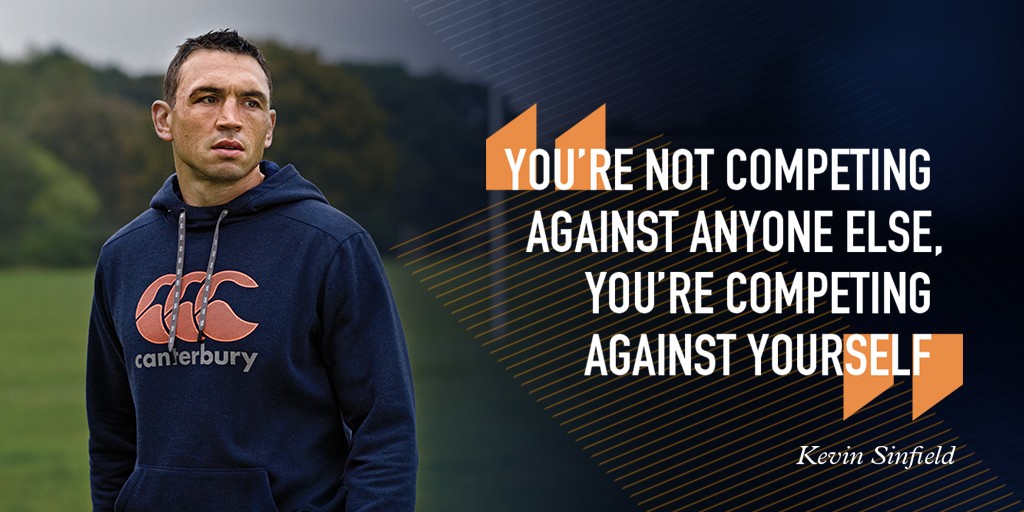 On his favourite protein shake…

This Nutribullet shake is a favourite recipe of mine; simply mix avocado, vanilla whey protein, water and spinach.

I don’t feel the need to count calories, as I have quite a set routine in what I like to eat for breakfast and lunch; it’s only really my evening meals that vary. In between meals I try to snack on healthy things and protein shakes, and then later in the day I’d try to get some fruit in or a smoothie with lots of veg in. Although I don’t calorie count, I do like to weigh in every morning – I think just keeping an eye on your weight is a good indicator of how you are eating.

On pressures to look good…

I don’t feel the pressure to look a certain way, I think because I’ve been in rugby for such a long time now; I understand what my body needs.
You know you’re in good shape at the back of preseason, when you’ve done eight to nine weeks of really solid hard work – that’s probably when you look your best.
Again your weight is a big indicator on this; it’s good to keep an eye on to see if you’re losing muscle mass or even if you have gone the other way and your diet has changed when it shouldn’t have.
I’ve got a set routine that has worked for me over a long period of time, as I get a little bit older it may have to alter slightly, but hopefully it won’t too much as I quite enjoy how and what I eat.

I have to say – it’s the rowing machine that gets me the fittest. The rowing machine is horrible, but I know it gets me fit! Interval training on a rowing machine is great. It also takes a load off your legs, if you run, all of the pounding on your joints can be really damaging, especially for some of the bigger guys, it can really affect their knees and ankles.

Likewise the Watt bikes that seem to be everywhere now are great – I really enjoy them.
Again like the rower, it’s really tough but you can do fantastic workouts without the impact on your joints. 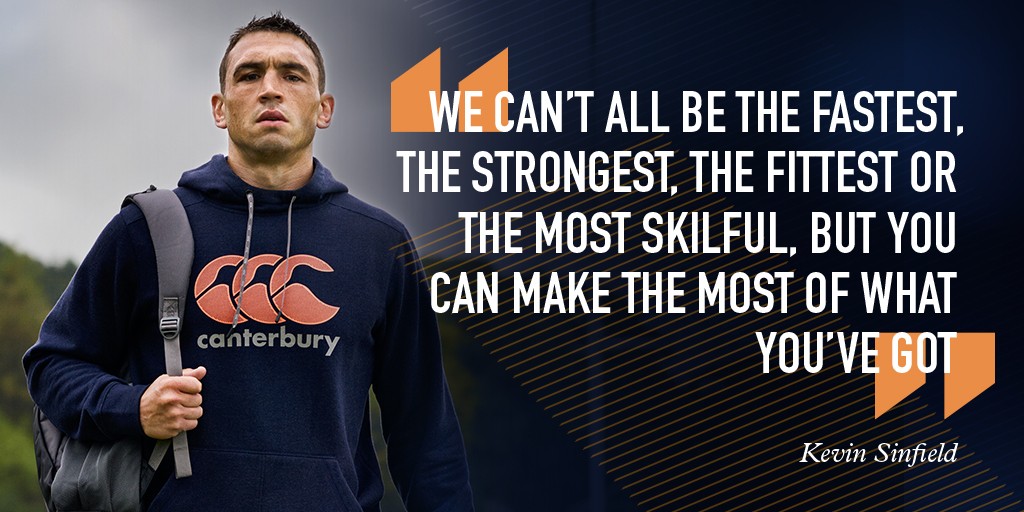 On a good interval workout…

Choose your rower or Watt bike and do fifteen seconds as hard as you can, afterwards have fifteen seconds recovery. You need to repeat that eight times, have a few minutes off and repeat for four sets. Weight wise, it depends what part of the season we’re in and where our focus is. Sometimes we do a power-based six week blocks of training, there are usually lots of jump squats! On the big muscle groups we tend to use own body weights – which I love. Dips and chins are exercises which are easy to do and don’t require any equipment or a gym, which anyone can do at home.

On training inside vs outside…

Training all depends on the weather, some extreme weather conditions can put you off! But when you get over that initial 2 or 3 minutes, you just get on with it and focus on what you’re doing and concentrate on what it is you’re looking to achieve. Once you’re out there training you switch off pretty quickly and forget about the elements. My worst experience was a couple of years ago; we were preseason training at minus twelve –the difficulty was just keeping warm. You would start with 5/6 layers on and the problem is in that many clothes you can’t move the same.
It can be quite testing, but you have to remember at a time like that, every club and player is in the same position and so you just get on with it.

I would probably say the most important thing is attitude.
We can’t all be the fastest, the strongest, the fittest or the most skilful, but you can make the most of what you’ve got.
You are in control of your attitude, your goal and yourself – you have to remember you have the power to make the changes.
If your attitude is good, you will make gains and improve, I have absolutely no doubt about that and ultimately you’re not competing against anyone else, you’re competing against yourself.

Starting Your Men’s Fitness Capsule Wardrobe: 5 Must Have Items

There are so many reasons why you should start simplifying and streamlining the way you dress and organise your clothes. ...

Rugby Recipe – The Ultimate Chilli Chilli is one of the easiest and cheapest muscle building meals you can make. ...

Kevin Sinfield on… Training Part 2 In the final part of our interview with Kevin Sinfield, we talk cheat days, ...