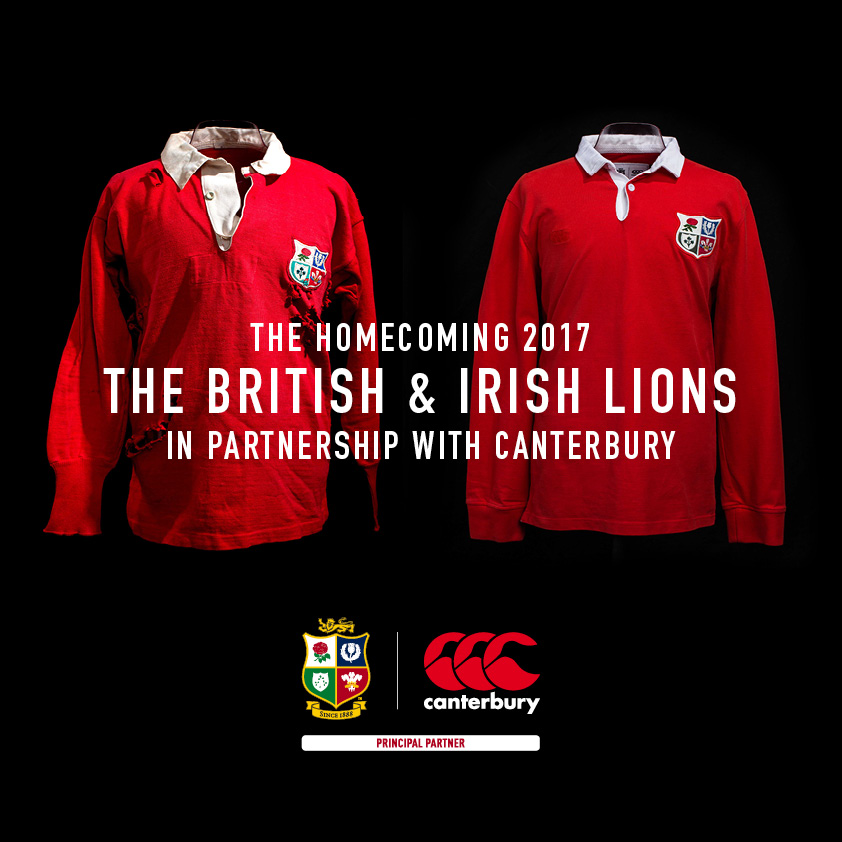 On Friday June 3rd 2016 the British & Irish Lions Tour of New Zealand will be 1 year from kicking off when they play their opening game of the tour, against the NZ Barbarians in Whangarei.

Canterbury are proud to be the official kit supplier to the British and Irish Lions including the replica jersey and full merchandise range for Men, Women and Kids available to buy online and in stores from October 2016.

The Lions: Past Triumphs

When 21 rugby players from England, Scotland and Wales departed British shores for an unsanctioned tour of Australia and New Zealand in 1888, little did they realise that they would start a tradition of a British Isles side regularly visiting the Southern Hemisphere. Led by Robert Seddon of England and known as the Shaw and Shrewsbury Team (after two of the tour organisers Alfred Shaw and Arthur Shrewsbury), the side recorded 27 wins against two losses and six draws from 35 matches played between 28 April and 3 October; no internationals were played. Their kit featured a jersey with thick red, white and blue hoops, white shorts and dark socks.
The tour was a financial failure and, even worse, Seddon drowned in Australia while sculling on the Hunter River. But despite this inauspicious beginning just three years later, a British side visited South Africa at the invitation of the Western Province union; this time the tour was sanctioned by the Rugby Football Union. It was not until the South Africa tour of 1910 however, after seven tours during which the side’s kit frequently changed, that the side was selected by a committee comprising members of the four home unions and should, therefore, be considered the first official British and Irish rugby tour. Significantly the 1910 jersey bore a lion rampant crest. 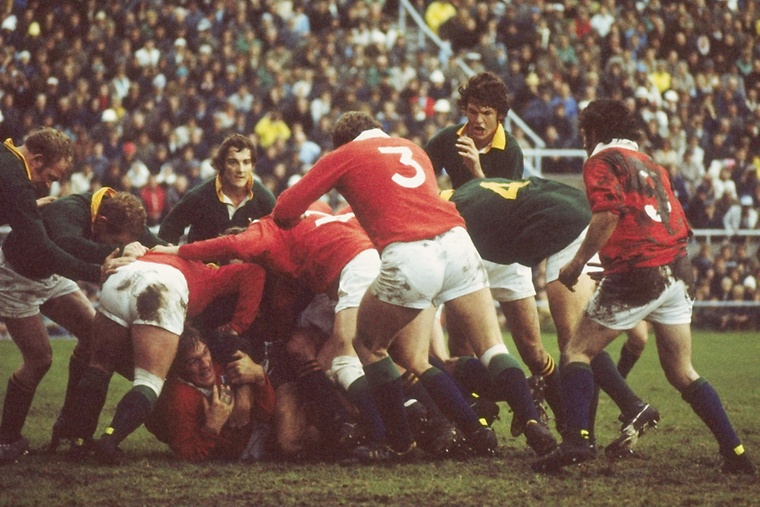 Kings of the Jungle
A trip later that year to Argentina was the last Lions tour until 1924 when a side visited South Africa once more. It was on this tour that the team was referred to as “the Lions”, a reference to the emblem on the team tie, the lion rampant on the jersey having been replaced by a quartered shield bearing the symbols of the four home unions that is still worn today. At this stage, the standard jersey was blue and remained so until 1950 when it was replaced by the now familiar red in order to avoid clashing with the black of New Zealand, a problem that had caused controversy in 1930 when New Zealand reluctantly agreed to wear white for the tests to avoid a colour clash – convention being that the home side should change.
In these early years, the Lions had considerable on-field success, but South Africa gradually proved to be difficult opposition and New Zealand were impossible to defeat in a series. The tours of the 1950s, however, saw reasonably good results. In New Zealand, they only lost two provincial matches but went down 3-1 in the test series but on the Australia leg of the tour they won all their matches, including the two tests, apart from the last game against New South Wales.

Canterbury and The Lions
1955 saw the Lions draw a test series in South Africa while the 1959 tour of Australia and New Zealand saw a repeat of the test results of the 1950 tour – beating Australia 2-0 but losing 3-1 to New Zealand. It was on this tour that Gordon Wood, father of former Ireland and Lions hooker Keith Wood, played a key part. It was also on this tour that the Lions ran New Zealand extremely close in two of their losses. In Dunedin, they famously lost by just one point despite outscoring the All Blacks four tries to none and succumbing to a penalty count that allowed the Legendary Don Clark to kick six goals and give his side an 18-17 win. Today the score would have been 25-18 in the Lions favour. Nevertheless, segments of the home crowd booed their side from the field.
It was also on that tour that Canterbury began its association with the Lions. Their jerseys left in Australia after suffering the rigours of terrible playing condition; the Lions needed a new kit in New Zealand. They approached Lane, Walker and Rudkin, originators of the brand formed in 1904 that would grow into the world-renowned Canterbury brand of today.

Beating the All Blacks
Test series success against Australia in 1966 was the one bright spot of the decade but the early 1970s were to be a glorious period. The great John Dawes-led side of 1971 secured a series win against the All Blacks – the only one in Lions history – and in 1974 Willie John McBride’s side came away from South Africa unbeaten – with three wins and a draw in the tests. Since then, the Lions have had mixed success.
Lions tours were irregular but since 1989 have been held once every four years, the host nations being Australia, New Zealand and South Africa. Overall, they have played 114 test matches, winning 46, losing 58 and drawing 10. Significantly for the coming tour, their worst record is against New Zealand. 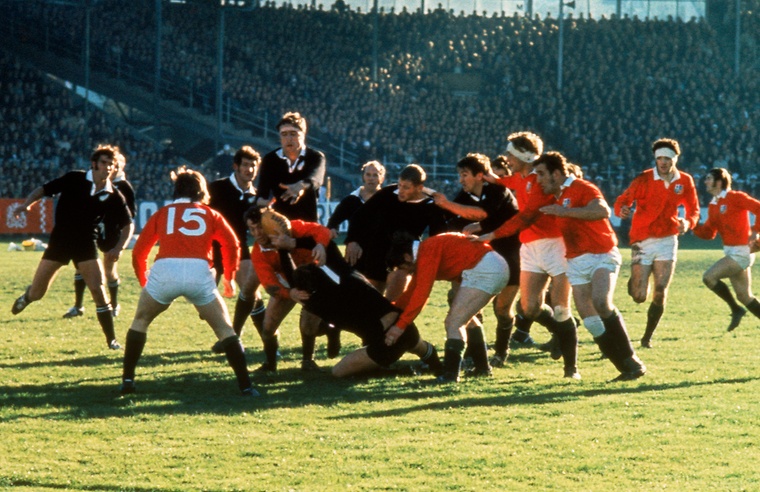 The best of The British and Irish Lions

With opponents of such quality, the Lions would probably love to be able to call on the heroes of the past. These former greats would give any side in the world a run for its money:

These players are among the best to pull on a Lions jersey and always performed with distinction. How interesting it would be to see them pitch their skills against the All Blacks today. 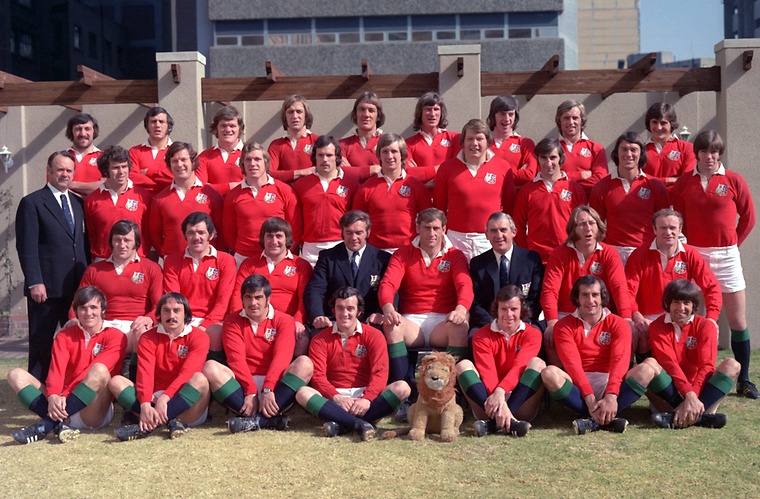 The Best All Blacks Teams of All Time

The pride of a nation, fearsome opponents to some and fierce rivals to many, the All Blacks have developed a ...

Canterbury of New Zealand Shows ANZAC Pride with Commemorative Jersey “Te Maumaharatanga” (The Memorial) We are proud to announce the ...