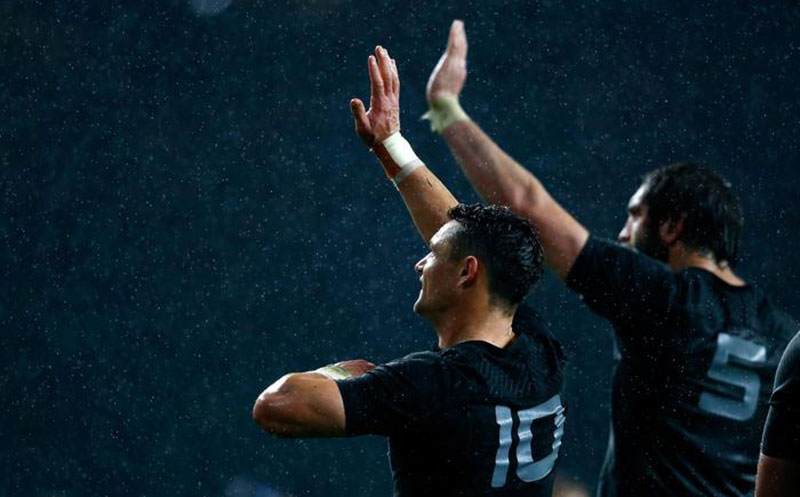 In a match that provided a fitting farewell to an amazing tournament, New Zealand triumphed over Australia to become world champions and the first team in the tournament’s history to retain the Webb Ellis trophy. But it wasn’t all smooth sailing for the All Blacks and the Wallabies put up a fight worthy of a tournament final.

The All Blacks certainly got off to a good start and had the better of the running in the first half, where some key errors from players in green and gold will have the Wallabies ruing what might have been. The Wallabies defended well but the All Blacks looked sharp and there was the feeling they would score if given space.

The teams traded penalties then the score moved to 9-3 thanks to some ill discipline from the Wallabies who would go on to lose influential centre Matt Giteau to concussion in the first half. The All Blacks struck first and went into halftime leading Australia by 16 points to three. After stirring team talks from captains and coaches the teams re-emerged from the halftime sheds, but when a Sonny Bill Williams offload led to an incredible All Blacks try the game looked done and dusted.

To the Wallabies credit they staged an admirable fight back and built some momentum when All Blacks fullback Ben Smith was yellow carded, bringing the score line back to 21-17 when Tevita Kuridrani crossed over.

But in the end it was the class of the All Blacks that got them over the line, with Dan Carter showing all his experience as he coolly slotted a drop goal from 40 metres out before a well worked try in the 79th minute sealed the result for the All Blacks.

Man of the moment

It has to be Dan Carter. Cruelly robbed of a triumph on home soil in 2011 when he suffered an injury in training, Carter showed his class and talent under pressure when his team needed it most. It wasn’t just the field goal, it was the countless penalties he kicked in this game (and all the other games leading towards this one) and the grace and calm in the face of adversity with which he has led the All Blacks around the field for his entire career. This final was a fitting farewell to one of the greatest players rugby has ever seen.

What have we learnt?

Well, the All Blacks are still number one, for now at least. With five senior players departing including Carter and enigmatic centre Ma’a Nonu, there will certainly be gaps to fill, but with captain Richie McCaw refusing to address retirement speculation there might just be more All Blacks dominance yet. The Wallabies should be proud of their performance, but still have a way to go before they reach the summit.

And the All Blacks’ Sonny Bill Williams taught us something else: that good human spirit transcends even the pride of winning a Rugby World Cup final. He shocked everyone when he gave his winning medal to a young fan who battled through raging security guards to run onto the field and hug one of his idols.

See the full highlights of the game here, courtesy of World Rugby.

Up Close And Personal With Canterbury Ambassador SAM BURGESS

What is it you miss the most from Australia? ”I miss my family that are still out there, leaving my ...

More than most games, rugby demands that players have good ball skills allied with great physical strength and durability. It ...

The Rugby World Cup has traditionally been shared among the sport’s top-ranked nations when it comes to hosts. However, in ...