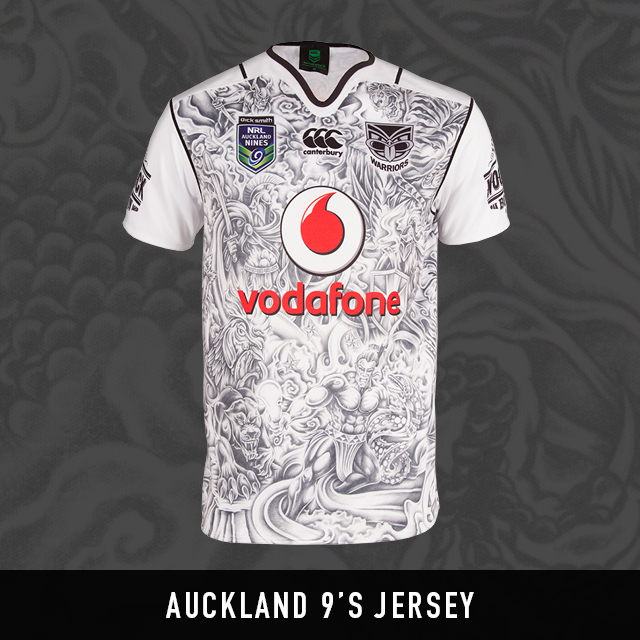 After what was a difficult and largely unlucky season for the Vodafone Warriors with injuries to arguably their best players coming at a time when they performing well and fighting for the play-off’s, the new 2016 season offers a lot of excitement and anticipation with new blood in and old favourites ready to take on the challenge.
With the onset of a new season comes the much anticipated new team kit and this year we’ve gone #BackToBlack to remember the core essence of the Vodafone Warriors. For they home and away playing kits, they will wear largely unchanged kits throughout the 2016 NRL season.

The Canterbury of New Zealand designs again feature the Vodafone Warriors’ core colours with alterations only to the club logo and the trim around the neckline being the noticeable differences. The logo reverts to the original model, replacing 2015’s one-off version used for the 20th anniversary season. Of course the big differences not visible to the naked eye are what is captured in the technology of the fabrics used, developed in the Canterbury labs in the UK all garments in the Vodafone Warriors kit range will feature the latest Vapodri technology which wicks moisture away from the skin, this shirt keeps the wearer more comfortable whilst they battle against the best of the NRL.

There will be four varying strips in all for the NRL team in 2016, last season we featured five. The home and away jerseys have been released now with one-off designs to be revealed later in the New Year for the traditional NRL-designated Women in League and Heritage rounds. The loss of a jersey to the range comes in the form of the special Anzac Day kit which featured last year.

The 2016 home and away jerseys are now available in adult and child sizes to PRE ORDER at www.nz.canterbury.com/vodafonewarriors

We are also proud to announce the launch of two brand new training kits to complete the range, both with their own distinct designs based on the rich heritage of the Vodafone Warriors.
One in striking black-red colours and the other in vibrant orange-red tones, both are specifically designed for the NRL squad’s opposed training sessions and are sure to be very popular for Vodafone Warrior fans. 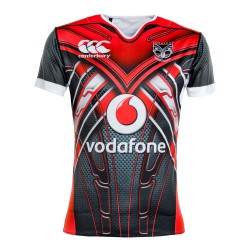 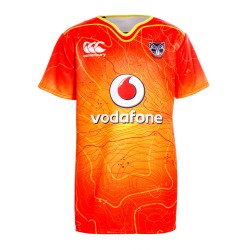 The jerseys will also be worn in the Vodafone Warriors’ NRL trials games in February.
The orange-red jersey is now available to PRE ORDER in adult and child sizes while the black-red version is available only in adult sizes. Go to www.nz.canterbury.com/vodafonewarriors

The expectations on professional athletes are enormous. There is room for success and not a lot of room for failure. ...

The story behind the Vodafone Warriors Heritage jersey

Canterbury of New Zealand has been associated with the Vodafone Warriors since before the club joined NRL; it was the ...

The Difficulty of Returning from a Serious Injury

For some, the ability to play sports is everything. It is a major source of self-esteem, a constructive way to ...