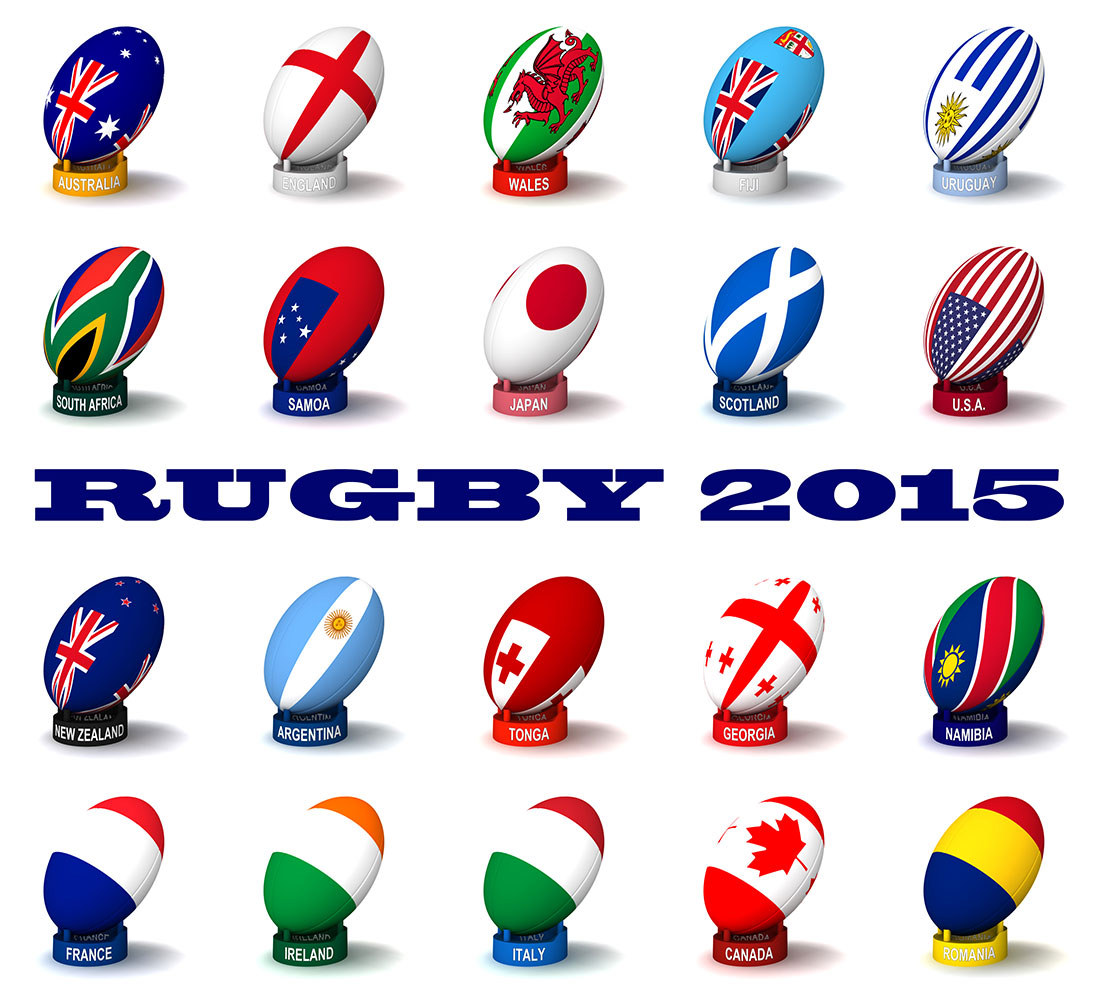 The 2015 Rugby World Cup has kicked off and the game is more than just amazing entertainment. With so many countries competing for the trophy, there is sure to be some interesting rugby conversation throughout the tournament. Memorise the facts below and you’ll even give the commentators a run for their money.

Trivia About the Competing Teams

Ranked number two in the world, the Wallabies are no stranger to World Cup glory. What you may not know is that the Wallabies’ song, Waltzing Matilda was banned from being played at the 2003 Rugby World Cup by the International Rugby Board (IRB). The IRB ruled that only national anthems could be sung before matches, though it made an exception for the New Zealand team’s haka, which it deemed culturally significant (a fact which did not apply to Waltzing Matilda). Plus, did you know that the Wallabies hold the Rugby World Cup record of the most consecutive victories? That’s 12 in succession…

Will the home turf advantage be enough to secure a win for England this World Cup? They are still famous for that drop goal in 2003 which brought them glory, but the world number 4 side have a real chance with their latest and greatest version of Twickenham; the 82,000 seat stadium is the biggest rugby stadium in the world and has become an icon, offering amazing views of London. Did you know that England is one of only two sides (the other being New Zealand) to score over 100 in a World Cup game? They made 101 against Tonga in 1999. 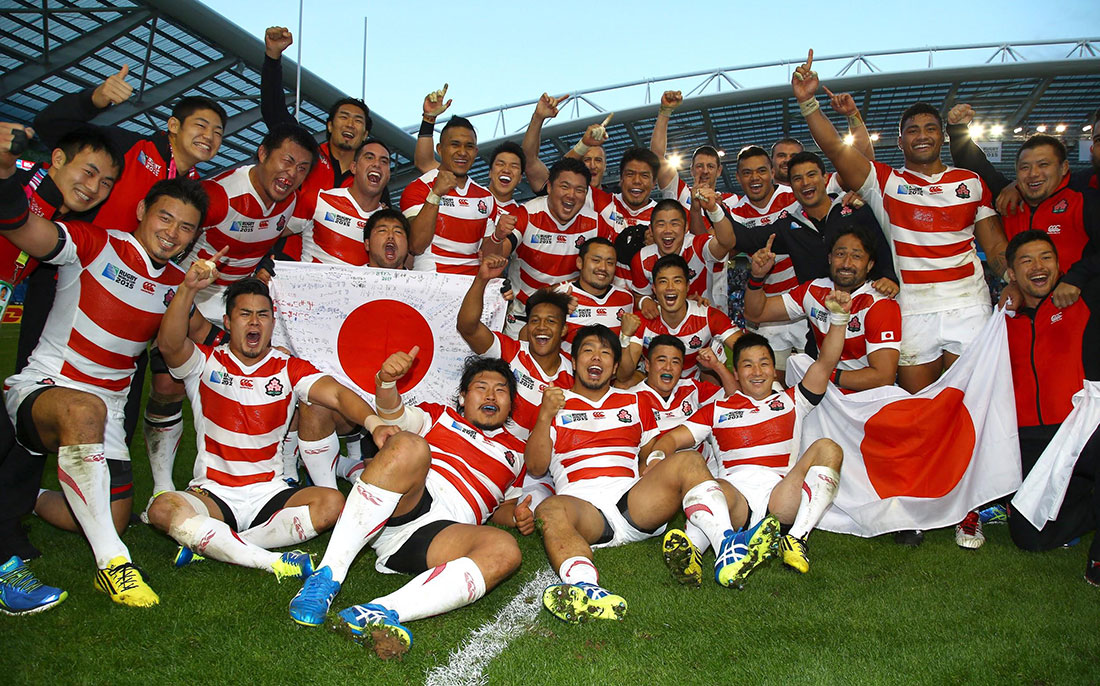 Whilst many of the world’s great rugby sides have their own anthem of sorts to spur them on, the Japanese team relies on their national anthem. What they may lack in song, their fans make up for in colourful face painting and outfits. It must be helping, as their surprise defeat of the Springboks this year has already become the stuff of legend.

Namibia is the second least densely populated country in the world, and has the largest population of cheetahs on the planet. Their rugby team and fans are not short of passion but unfortunately, they have had 15 World Cup games and been defeated each time. In 2007, they were on track to beat South Africa but in a quick 5-minute window, the Springboks snatched two tries to steal the victory.

The Uruguayan national anthem is the longest in the world, but their team is not short of breath. They have had two Rugby World Cup victories and did not concede a single try in either.

In 1991, the French team conceded only 44 points during the entire tournament, the second least by any team, ever. Their gritty 1999 defeat of New Zealand is also famous. 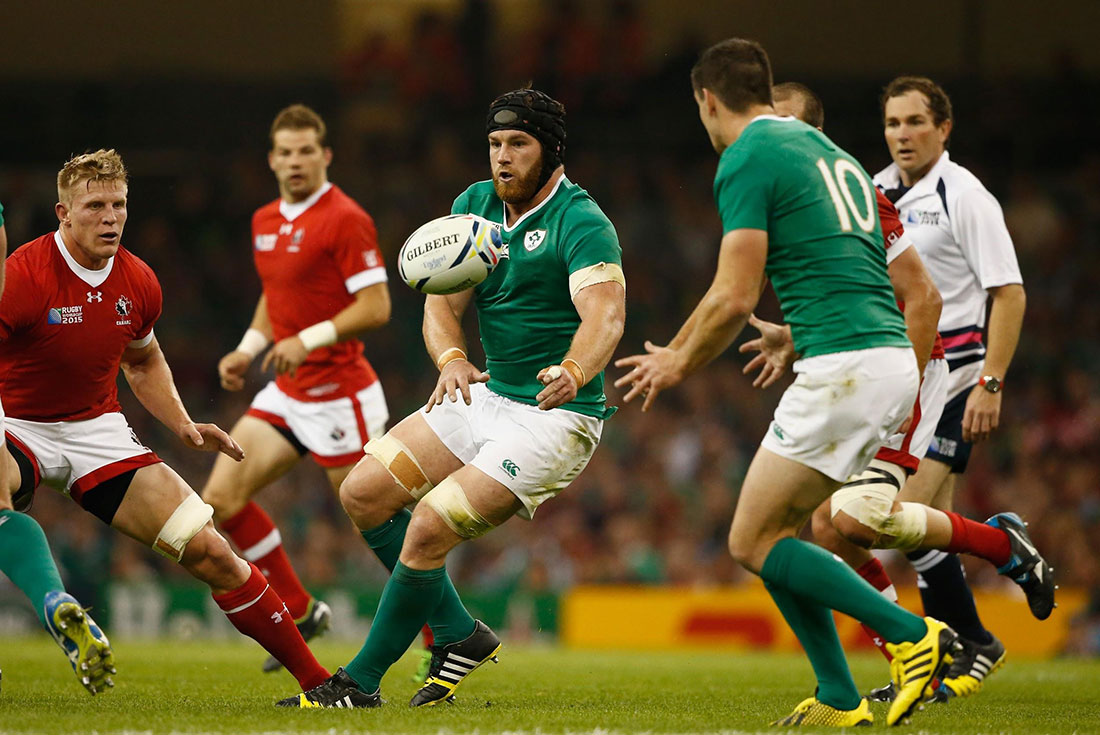 The Irish love their songs for inspiration. But what many fans still don’t know is that they are bidding for the 2023 World Cup. They are true contenders this year, but interestingly, they have never played England or South Africa in a World Cup match before. They’ve also never beaten the All Blacks. They came closest in Dublin in November 2013, when Ireland had a commanding lead at halftime, only to throw it away in the last minute of the game, and lose 22-24 at the boot of the infamous Dan Carter. An Irish provincial side did, however, defeat the All Blacks. Munster played them in 1978 and won the match, something not achieved in 105 years of competition between the countries.

The fact that Wales has more castles than any other country is testament to their pride, so it’s no surprise that Welsh fans are some of the most vocal and passionate in the world. They are credited with having scored tries in 16 consecutive World Cup matches since the 2003 World Cup.

The USA are ranked 15th in the world and are known for their determination. They have won three world cup games, which interestingly, have all been in the southern hemisphere.

An island nation that is susceptible to earthquakes and volcanic activity, Tonga is a passionate rugby playing country. Their war dance is as intimidating as any and in 2003, it made for a real spectacle against the All Blacks. 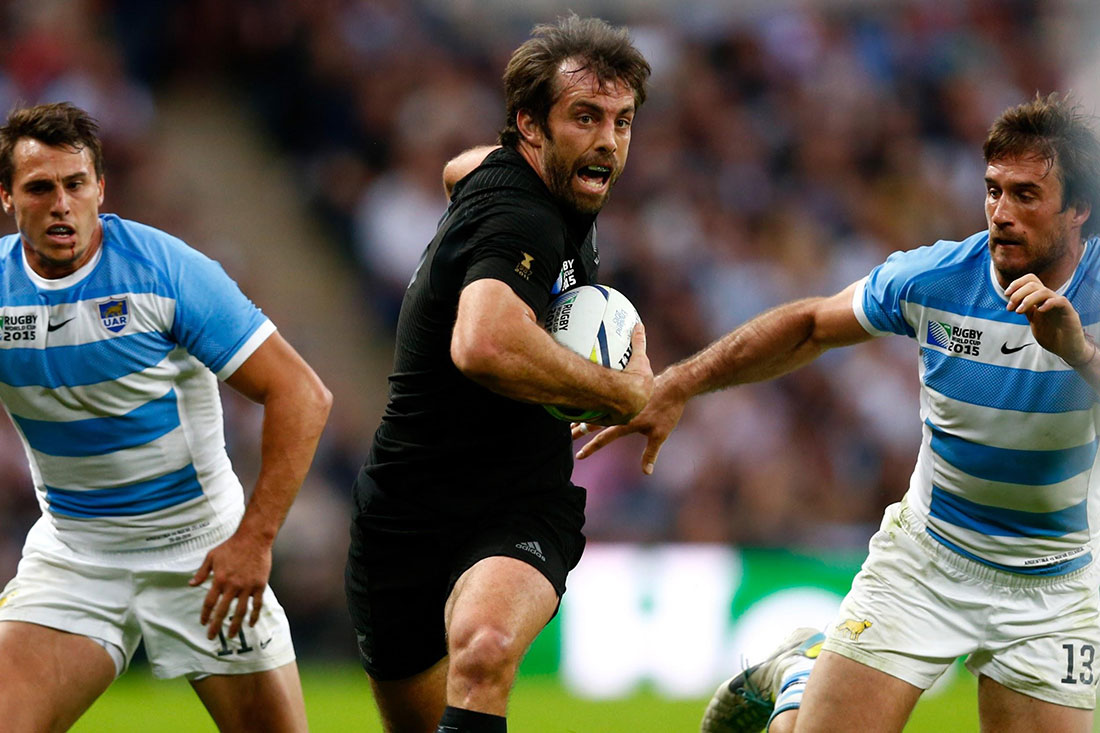 Everyone knows the All Blacks and it’s no surprise that they hold the record for the most consecutive victories against an opponent (Italy and Scotland, both standing at five games). The haka is the stuff of legend and the top ranked team is never underestimated by their opponents.

Ranked third in the world, the Springboks are no strangers to the World Cup. They made their debut in 1995 as anti-apartheid boycotts prevented them from playing in the first two, in 1987 and 1991. They made news again this year when one of the country’s newly formed political parties, the Agency for New Agenda (ANA)‚ launched an unsuccessful court bid to prevent the South African team from participating in the 2015 Rugby World Cup, claiming its selection process was biased against black players.

The very first international rugby game took place in Scotland, where they beat England. However, in 2011 they had no such luck when for the first time ever, they failed to qualify in their knockout round.

Despite being one of the lowest ranked teams in the World Cup this year (at 18), Canada are credited with scoring 72 points against Namibia in 1999! They’ve also played at every single World Cup. 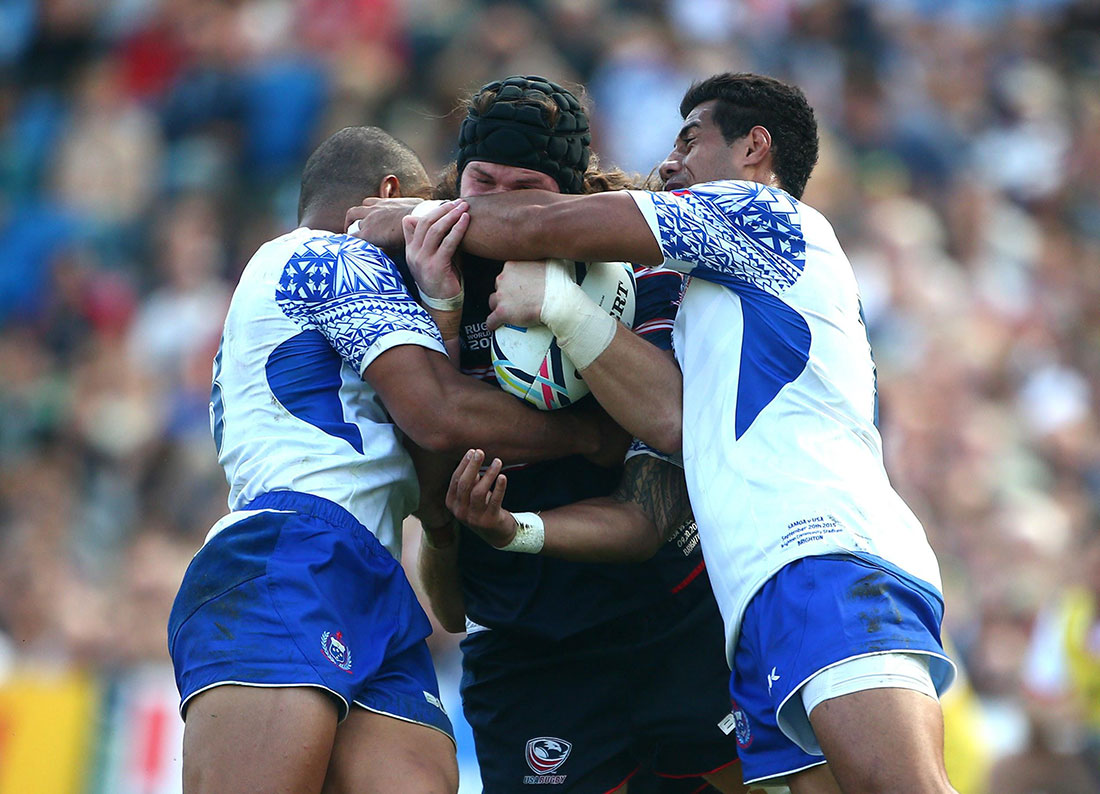 While their natives are considered to be gentle, the Samoan side is strong and their war dance is an indication of their raw power. Unfortunately, they are also famous for having the largest halftime lead in a world cup match, without going on to win (16-3 against Argentina in 1999).

Although being present at each World Cup, the Romanian side has left at the pool stage every single time. They have some top European players but are faced with a tough task to beat their previous history.

Like their Pacific brethren New Zealand, Fiji has a pre-match war dance that can instill fear in the opposing side. Their traditional Cibi war dance was prohibited in 2012 as it is a victory dance, which was deemed inappropriate. Their current ‘I Bole’ dance is no soft option though. Historically, whenever Fiji have scored more than four tries in a World Cup game, they have not lost the game.

Italy’s all time greatest scorer is actually an Argentinian. Their country is obsessed with football (or soccer), but their rugby team is still a force to be reckoned with. 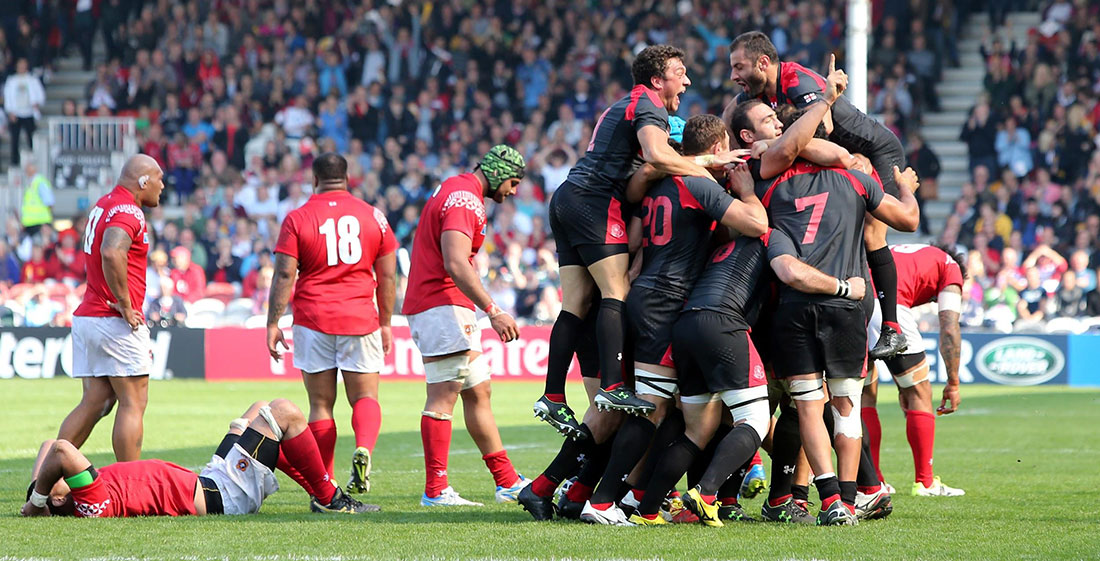 Having played the game of Lelo (a Georgian folk sport which is very similar to rugby) for centuries, the Georgians have translated these skills well to rugby union. Often confused with the English due to their colours, they are ranked 16 in the world.

The Pumas finished third in the 2007 cup before experiencing a national rugby crisis. Their culture of teamwork cannot be knocked however; they even have a National Friends Day on their official calendar!

With so many interesting sides and fascinating personalities, the Rugby World Cup is a spectacle for good reason. Look a little deeper the next time you watch a match up and consider the history of each nation’s team and their style of play.

In a line-up of a rugby team it’s generally not too difficult to pick out the props; they’re usually the ...

Who will win the RWC? That is the million dollar question. With the 2015 Rugby World Cup just around the ...