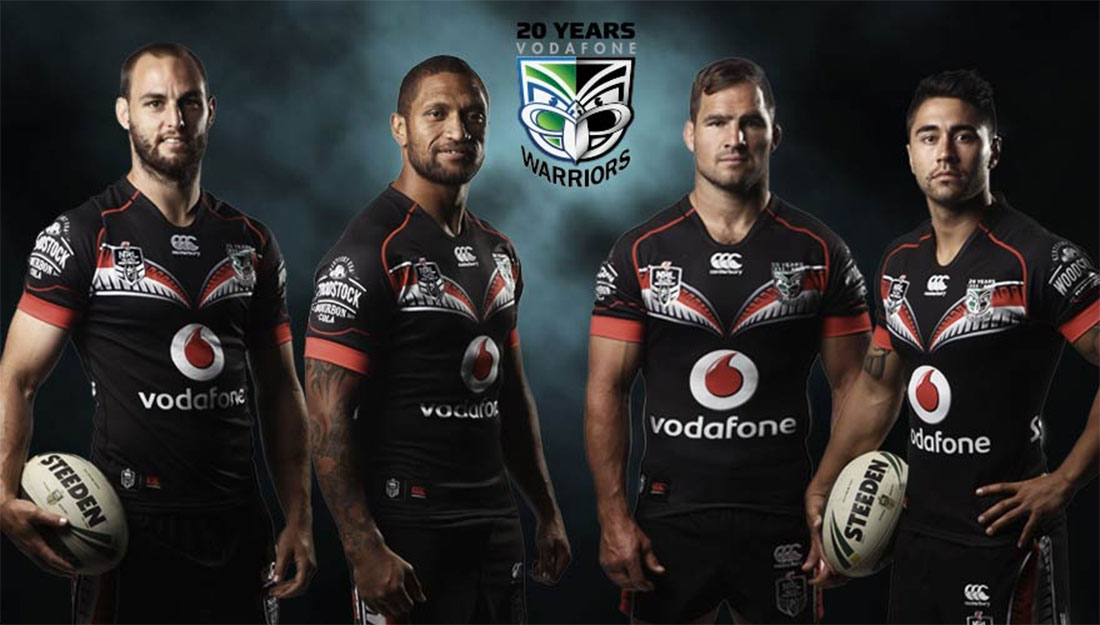 With the Warriors unfortunately not making it to the final round of the NRL season, they have had a rollercoaster adventure over the course of 2015. They showed amazing determination in their victories against Cronulla and Parramatta in Rounds 9 and 10 respectively, with last minute clinchers sealing the deal.

Injury to key players such as Shaun Johnson and Ben Henry did not help the Warriors’ cause, but they still put up a determined effort throughout. The turning point that came along with Shaun Johnson’s ankle injury in Round 20 when facing the Manly Sea Eagles, which added to the turbulent injury-laden rounds that the side experienced this year. This was particularly true regarding the Warrior extraordinaire Manu Vatuvei’s injuries this season, which resulted in him missing several vital games due to surgery. Despite this, the side rallied and allowed the younger players to spend some time on the front line.

The emergence of new talent in the form of Solomone Kata, Albert Vete and Sam Lisone has been an absolute positive, led by the stellar performance of Tui Lolohea. These young guns have shown that the Warriors have what it takes to identify and develop up-and-coming talent. Kata scored more tries than any of the others (a total of 12) and Vete only missed 3 games, filling in for injured veterans where needed. The ability to stay strong while the club had a number of big name casualties is true testament to their bond and strategic direction when it comes to playing new talent.

Captain Simon Mannering led his side with dignity, playing every single game and accounting for the second highest number of tackles in the season. His teammate, Andrew McCullough, was the only one ahead of him and this shows the strength of the Warriors front line. The efforts from these two players as well as the entire team showed true grit throughout their season.

Ben Matulino was named Vodafone’s player of the year at the annual Warriors Awards, being recognised for feats such as the most runs and most metres gained by any player during the season. Matulino has displayed his fitness and commitment with an impressive 140 out of the possible 149 games over the past six seasons.

Coach Andrew McFadden has been in the top gig for two seasons and is now even closer to creating the first grade squad that he’s envisaged from the start. Roger Tuivasa-Sheck and Issac Luke are two of the biggest names that have come over to join the squad. These are big signings for the club and will surely supplement their power next year. Also joining the Warriors squad next year will be highly experienced centre Blake Ayshford, signing a two year contract after leaving the Sharks.

The Warriors obviously have no shortage of emerging talent and some big name new signings, but they also have some seasoned firepower in the form of Manu Vatuvei. The powerhouse winger is a real record breaker, using the Round 14 Roosters match up in Sydney to seal his fate as the first player to ever score 10 tries in 10 consecutive NRL seasons. He accomplished his 200th NRL performance this season and the good news for the Warriors is that he has re-signed for another three years with the club, taking him up to the 2018 NRL season.

With their new talent being more experienced and their new superstar signings bolstering their existing star power, the Warriors will have a more balanced side going into next season and will certainly be a team to watch.

In a line-up of a rugby team it’s generally not too difficult to pick out the props; they’re usually the ...

THE HEAVIEST TEAMS IN THE RWC 2015

Weights of the RWC teams It’s well known that rugby players today are much bigger and heavier than their forebears, ...

At 1.98 m tall and weighing in at 115 kg, international lock Geoff Parling is hard to ignore wherever he ...