IT COULD HAVE BEEN A FAIRY-TALE 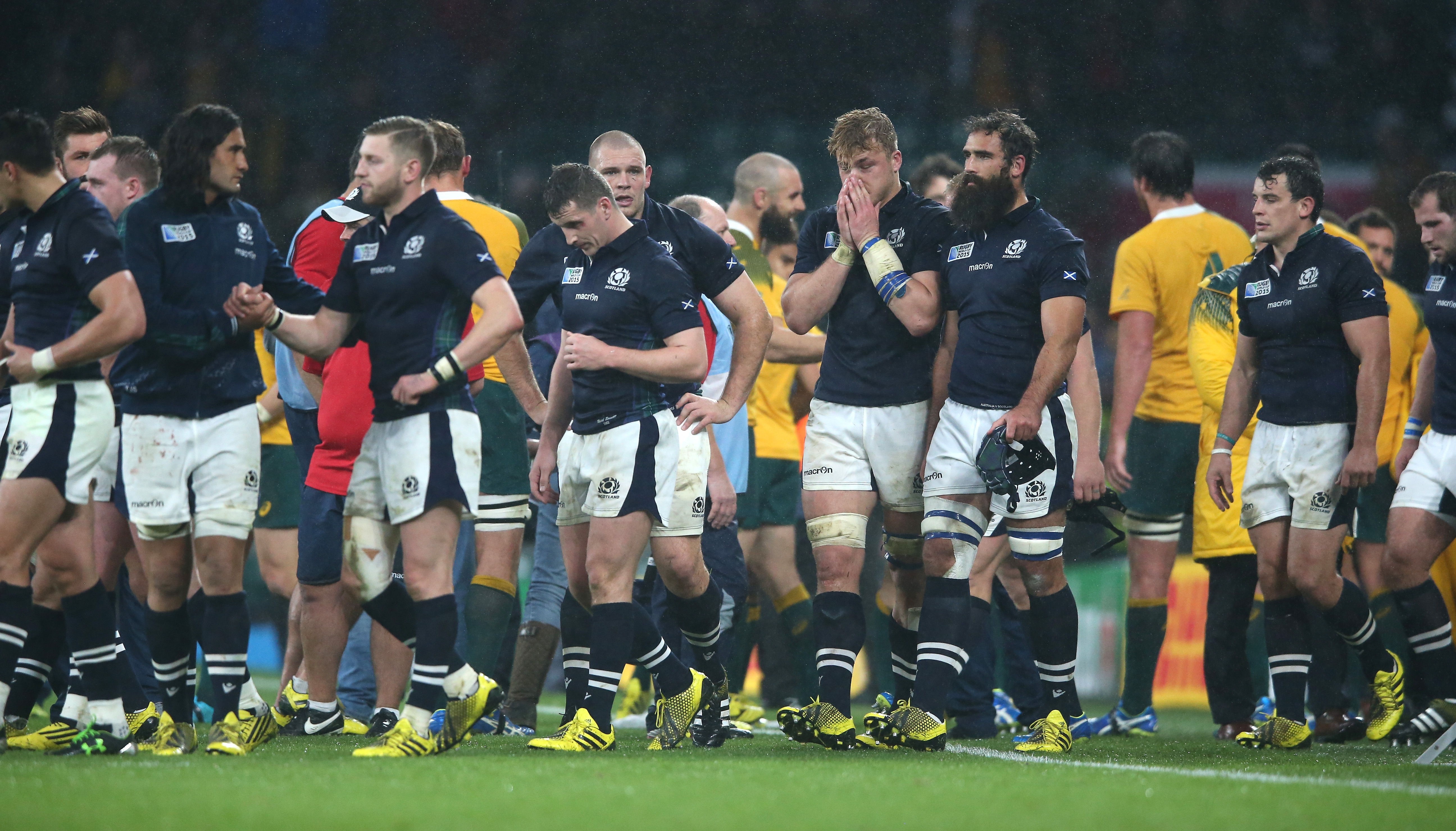 IT COULD HAVE BEEN A FAIRY-TALE: AUSTRALIA VS SCOTLAND

It should have been a training run, but it turned out to be the fright of their lives as the Wallabies scored a narrow win over Scotland in the quarter-finals at Twickenham.

Australia started well, with Ashley-Cooper scoring first, but Foley missed the conversion and that marked a sign of things to come. Scotland came back with a try by Horne, which Laidlaw converted.

The Wallabies then struggled and it was only when Mitchell scored 10 minutes from halftime that they gained momentum. Foley missed the conversion again and the Wallabies trailed 13-10, which became 16-10 when Laidlaw converted yet another penalty. A driving maul then saw Hooper across the line, a try which Foley again failed to convert and Scotand took a 16-15 lead into the break.

The second half started with Scottish winger Sean Maitland being sin-binned after a controversial deliberate knock on call. The Wallabies then made the most of this with a try by Mitchell and a successful conversion by Foley. Scotland came back to within three points thanks to Laidlaw, but then Ashley-Cooper scored again — only to have the try disallowed due to a knock on.

Kuridrani found a gap in the 65th minute to put Australia ahead, but Scotland refused to give up and another penalty saw them draw within five points. Then a risky ball by the Wallabies was intercepted by Seymour, who put Scotland two points in front with 4 minutes to go.

Then came the fairy tale ending… Four minutes left, two points the difference, Scotland’s defensive lineout. The ball came off a Scottish player’s shoulder and was picked up by his teammate in an offside position. Penalty to Australia. Foley nails the kick to seal a 35-34 win.

And that’s how the Wallabies advanced to the semi-finals … by the skin of their teeth. There were three turning points in this quarter-final. The first was when Scottish winger Sean Maitland was yellow-carded. This was pivotal as an immediate try by Mitchell gave Australia a lead they wouldn’t concede again.

The second was when Foley’s kick was charged and Tommy Seymour scored. Two points ahead and 20 minutes to go, Scotland could now smell victory.

The final and most crucial turning point was the controversial penalty call in the dying moments. It was a game-changing decision, vehemently protested by Scotland and one that saw the Wallabies survive to fight another day.

Australia’s standouts were Kuridrani, who was all over the ball; Mitchell, who scored two tries; and Foley, who stepped up when it mattered to kick the match-winning penalty.

For Scotland, Laidlaw was consistently brilliant, scoring 19 points with the boot.

Wallabies coach Michael Cheika was right when he said Scotland would be their biggest challenge. They nearly saw Australia exit the World Cup and Cheika admits more work needs to be done before they meet the in-form Argentina.

On the plus side, David Pocock will rejoin the team while on the downside, Scott Sio has a shoulder injury and they may be sweating on his fitness. Stay tuned for another nail-biter.

Rugby World Cup Round Up: England vs Fiji

England started the opening game of the RWC 2015 in a subdued and shaky fashion. The first kick-off was left ...

Many top sportspeople have pre-match rituals that they go through before every encounter, they are a matter of routine or ...