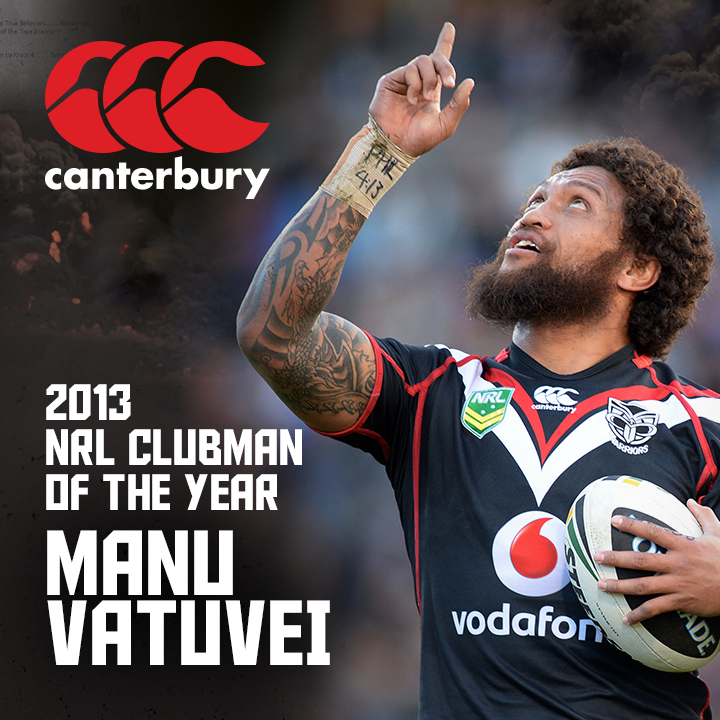 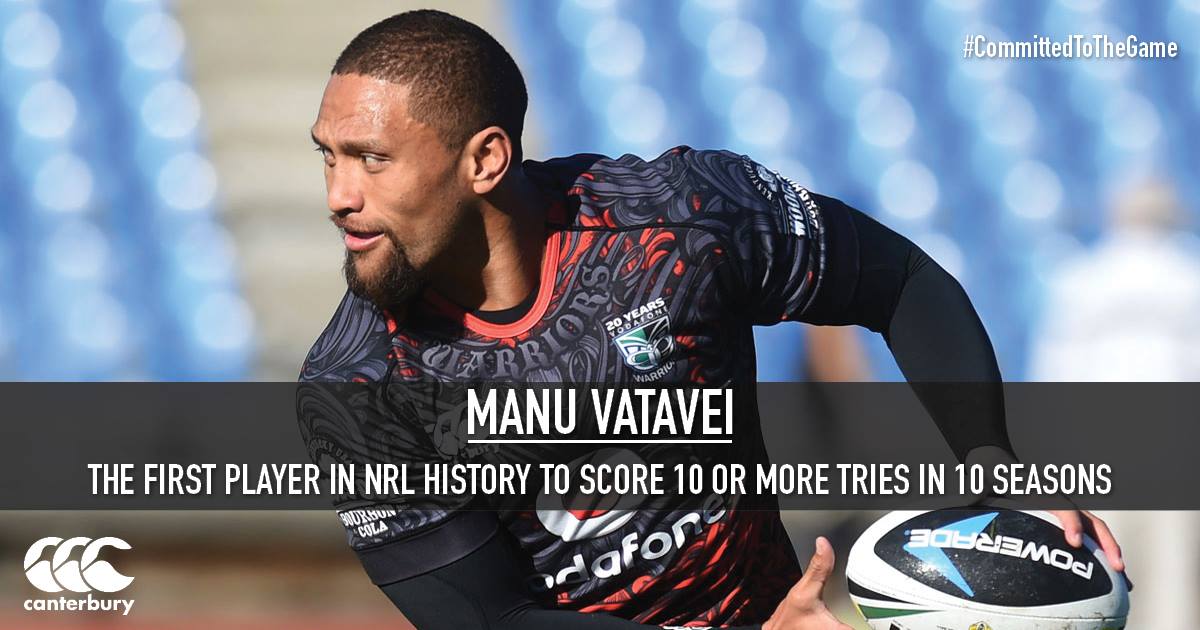 When opposition players see the name Manu Vatuvei on the Vodafone Warriors’ team sheet they are right to feel a few pangs of trepidation; he is not nicknamed ‘The Beast’ for nothing. Since his debut in 2004, Manu has terrorised opponents and along the way has scored over 140 tries for his club in the NRL. So it was with pride that we at Canterbury were able to announce in November that, along with teammate Shaun Johnson, Manu had become a Canterbury brand ambassador as part of our sponsorship of the Vodafone Warriors.

Of Tongan descent, Manu was born in Auckland in 1986 and grew up Otara, He attended Sir Edmund Hillary Collegiate (where he met his future bride) and began playing for Otara Scorpions and Otahuhu Leopards and then the Otahuhu Ellerslie Leopards (formed when Otahuhu Leopards and Ellerslie Eagles merged). He drew the attention of the Warriors and, by age 16, joined the Warriors’ development squad. He made his first appearance at the NRL in 2014.

Manu has an impressive physique, standing some 1.91 m tall and weighing 112 kg, and ball in hand is an awe-inspiring sight as he uses his speed and power to go past – and through – opponents. But despite five appearances that season, he failed to score a try and had to wait until Round 4 of the 2005 season to break his duck. That season, he was to play in 12 matches and score nine tries. At the end of the season, he was called into the Kiwis side, making his international debut against Australia in the opening game of the Tri-Series. The Kiwis won that game and went on to win the tournament, with Manu scoring three tries, two in the final against Australia, in five matches.

Manu had arrived on the rugby league scene and ever since has been a Vodafone Warriors and Kiwis regular. He has represented the NRL All Stars and was a member of the 2008 World Cup Kiwis side, playing five matches in the tournament, including the final in which the Kiwis beat Australia, and scoring five tries. Already with over 200 appearances for his beloved Vodafone Warriors as well as being the club’s top try scorer, Manu demonstrated his continuing loyalty in April by re-signing with the club until 2018. He does, after all have unfinished business – he wants to help the Vodafone Warriors to an elusive NRL championship.

A hard man on the pitch, Manu has a softer side, which he showed at his wedding in 2010. The tough league star openly wept as his bride-to-be, long time sweetheart Jennifer, walked towards him in her wedding gown with their little daughter, Makayla, as her flower girl. This quietly spoken family man is now the proud father of three daughters and, away from league, enjoys watching Makayla, the oldest, play netball. And, when his time as a League professional is over, Manu might just realise his long-standing ambition of becoming a police officer.

Manu Vatuvei nailed his 145th career try in the same spot where he has scored so many before in Mount Smart Stadium’s north-western corner on Saturday, June 13th 2015.

Watch a try from each season as we salute Manu Vatuvei who has become the first player in NRL history to score 10 or more tries in 10 consecutive seasons! #FeedTheBeast
http://tiny.cc/Manu_10Seasons_10Tries

The importance of commemorating ANZAC Day The moment that Australian and New Zealand forces landed on the Gallipoli Peninsula in ...

After what was a difficult and largely unlucky season for the Vodafone Warriors with injuries to arguably their best players ...